Happy Halloween from The Barbeque Grill! 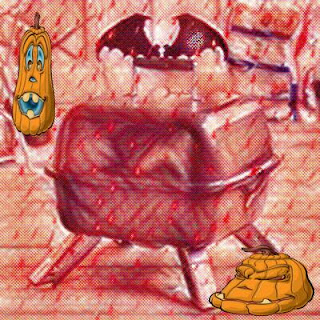 The Legend of the Halloween Barbeque Grill

There was a time when things were simple. People went about their daily tasks in the usual way. There was no sense of urgency, all of the masses were subdued by simply being there. It was a grand time to live and to exist with the Kingdom of Hallowville.

Hallowville was a special place. It was a place of no stress, no worries, no emergencies, no drama and a place where hearts and minds could be still and simply exist. There was no need to strive for greatness here. The reason for this was that the Hallowvillonians were all special all unto themselves. Each one was great. Each had everything that desired and all was entirely well in the tiny and secluded village of Hallowville.

Once every year, there came a day that was very special indeed. On this day, all of the ancestors of Hallowville were paid homage to and the entire village celebrated and laughed about the dead. This was unusual to other so called normal people; however, for the villagers of Hallowville, it simply made perfect sense for each and every dead relative to receive honor and praise for living in Hallowville. The celebrations were intense and pumpkins from the rich and fertile fields arrived via the farmers at Hallowville and were decorated by everyone to show honor and praise.

The food of Hallowville was unique as well. Delicacies of all kinds were made available and cooked on a very unique and inspired barbeque grill. These grills were special. You see, in Hallowville, the weather started getting cold and wet during the Hallowville special day. Therefore, the usual way to cook outdoors was almost impossible. Halloville developed a very special barbeque grill. It was one that could be used INDOORS! Now this was just what was needed in Hallowville for the residents to use in preparing their special day's meals. Just imagine the tasty steaks, chops, sausages, shishkabobs, veggies and other great tasting barbequed meals that helped to celebrate this most special day in the year.

The Day of The Barbeque Grill!

The residents of Hallowville decided that since they were the only ones who knew how to barbeque food indoors without smoke, odors or messy grills, they should signify one special day of the year and call is The Day of The Barbeque Grill. This special day was/is to honor those who produce this wonderful grill and to the one who sells this grill to all others in the world. Tulsa Pampered Chef is THE go to online store where The Barbeque Grill may be purchased 24/7. This is the way that Hallowville reaches out to the world and shows them all a better way to grill! Indoors, in complete and total comfort with none of the usual smoke, grill mess and charcoal catastrophes! Just imagine YOUR possibilities with The Barbeque Grill! 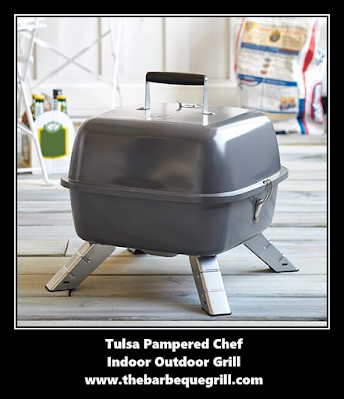 The Barbeque Grill is Dedicated to Indoor/Outdoor Grilling

This site is being created on the web for the purpose of telling the story about the modern day Barbeque grill. There is much more to the grill than one might imagine. Each Sunday, grillers from around the globe gather together with their ritualistic aprons and tongs in hand, and being the arduous and demanding process of creating that special piece of burned food that will be devoured by the throngs and revered by many as the best possible way to live. Cold beers in hand and gritted teeth, these unsung heroes do their best with their grills and attempt to do the impossible. Grill food that is both appealing, palatable and gets rave reviews by even the pickiest of family members. Oh yes, trying to get the baby to eat even a little piece of burned meat may be the most frustrating of all of the things attempted in the world today. If that chef can just accomplish that one simple thing, then surely, he/she will be awarded the most prized possession of all, the golden spatula award. 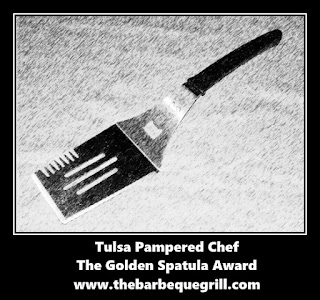 This award is presented to those hard working, diligent and determined grill masters who seek perfection in all of the meat they burn. This award is just a simple thank you for a job well done. But there is much more to this story, so let us continue on in our presentation about The Barbeque Grill.

Do We Know Who Grilled First?

Could it have been the so called Caveman? That noble and hairy beast sitting alone in a damp and dreary cave, hiding from the dinosaurs and trying to figure out how to make the Terradactyl lizard more tasty? He rubbed two rocks together and made fire. Then the hunting and preparing of the meat came. This was no simple task; however, he was diligent and the fire was ready. Did he say, "I wonder how this meat would taste if I put it over the hot stuff I just made?" No doubt, it happned just that way, and ever since, man/woman has spent lifetimes in the quest for the perfect barbeque grill and the perfect burned meat.

The Barbeque Grill site is dedicated to that end. We will find, and then report to the world wide web, our findings on which is the best Barbeque grill on Planet Earth today. It will be a totally unbiased look at the BBQ grill in question, the ups and downs of it and even how it cooks. Oh yes, we will purchase the Barbeque grill and even test it out. This way, the site can be totally objective in its findings. It should be an interesting ride down the road towards finding, buying and using the best barbeque grill on the Planet today.

Popular posts from this blog

December 19, 2020
The Perfect Steak Dinner 1 Tbone Steak... 1 Package Polish Sausage 1 Head Crisp Lettuce 1 Ripe Tomato Homemade Ranch Dressing Sizzle the Steak and Saugsage on The Barbeque Grill Enjoy! Click to Learn More!!! The Barbeque Grill is Dedicated to Indoor/Outdoor Grilling This site is being created on the web for the purpose of telling the story about the modern day Barbeque grill. There is much more to the grill than one might imagine. Each Sunday, grillers from around the globe gather together with their ritualistic aprons and tongs in hand, and being the arduous and demanding process of creating that special piece of burned food that will be devoured by the throngs and revered by many as the best possible way to live. Cold beers in hand and gritted teeth, these unsung heroes do their best with their grills and attempt to do the impossible. Grill food that is both appealing, palatable and gets rave reviews by even the pickiest of family members. Oh yes, trying to get the baby to ea
1 comment
Read more

History of the Barbeque Grill

October 05, 2020
The First Barbeque Grill? Perhaps Claudius, our favorite caveman in the picture is using the very first barbeque grill. If you buy into the Darwin theory of evolution, then this picture may surely represent one of the very first barbeque grills known to man. If you do not buy all of that guessing game, then surely, a more concrete explanation and history of the barbeque grill comes to us from Wikipedia.org The Barbeque Grill has existed in the USA since pre-Colonial times. The Arawak people of South America roasted meat on a wooden structure called a barbacoa in Spanish. For centuries, the term barbacoa referred to the wooden structure and not the act of grilling, but it was eventually modified to "barbecue". It was also applied to the pit-style cooking techniques now frequently used in the southeastern United States. Barbecue was originally used to slow-cook hogs; however, different ways of preparing food led to regional variations. Over time, other foods were cooked
2 comments
Read more

How to Cook Steak

October 09, 2020
Created by The Barbeque Grill! The Barbeque Grill is not only a website listed on Google, it is actually a way of creating amazing meals for the family too. This will be a presentation about the steps involved from choosing a great steak for grilling to the finished process of my EATING it! All of the information contained within this article is true and factual, and none of the players involved received any type of compensation other than one of the best meals that have ever had in their life. Other than this, all that you see here is absolutely fact based and true. By the way, the images in this article are clickable and go over to where you can purchase your own amazing indoor outdoor grill, and actually do the very same things that we did right here! Choosing the Products We chose the Pampered Chef Indoor Outdoor Grill for our greatest barbeque ever. Why did we do this you might ask? For one very sound reason. It is just the Best Barbeque Grill on the market today.
Post a Comment
Read more